Southern Costa Blanca is a fantastic region to move to as a family. The region is home to a number of expat communities and plenty of ways to help your family settle in. Part of moving to the Costa Blanca as a family is finding a good school for your children. Spain’s state school system is free for all and well-regarded in the international community. If you are planning on having your children attend a state Spanish school, there are plenty in every locality in the region and doing this is a good way to immerse your children in Spanish life from the start.  Attending a state Spanish school is particularly beneficial if they know a bit of Spanish or are of a pre-school age.

However, many families moving to Costa Blanca choose to enrol their children in one of the area’s international schools British schools in Spain have great reputations and are very popular with British families. Luckily there are a number of international schools in Costa Blanca with exceptional teaching standards that avoid any gap in knowledge when transferring from schools in the UK. These schools will usually encourage a bilingual mindset so although they will teach in English there will be plenty of opportunities for your child to develop their Spanish language skills. In addition to this, Alicante in general enjoys much lower school fees than larger Spanish cities which adds to the appeal of the area.

When it comes to international schools in Alicante, some families may prefer a school with a rich British history. Known across the region, the King’s College of Alicante is a British school for those aged between two and eighteen years old. It is located on the outskirts of Alicante with good public transport links and British-qualified teaching staff and is a modern, purpose-built building offering English National Curriculum. Rated as one of the best schools in Spain and a leading school in the last 50 years, King’s College follows the British national curriculum and also offers the international baccalaureate (IB). With a focus on child-centred, exploratory learning, the British School of Alicante is a favourite with families who move to Alicante.

The El Limonar International School offers a diverse school experience for children living in Villamartin and Murcia. This international British school has an emphasis on creating an environment for children to achieve academic success in Spanish and English. Locally known as ELIS Villamartin, this school and the neighbouring ELIS Murcia accept pupils between the ages of 3 and 18. The school supports both the Spanish and British national curricula with 80% of the school day being taught in English. At the end of secondary education at ELIS Villamartin, students can gain the Spanish ‘Graduate in Compulsory Secondary Education’ certificate as well as the  British IGCSEs. At the end of sixth form, students will leave with both the Spanish ‘Baccalaureate’ certificate and English A-Level certificates. As a top international school in Murcia and Villamartin, pupils graduate from the school with dual qualifications as well as an intercultural mindset which will prepare them to be successful in any university in the world. If you plan on living in Murcia or Villamartin, the El Limonar Schools might be the right fit for your children.

If you’re considering living in Benidorm, finding the best schools in the area will be a priority. Lope De Vega International School is a multilingual international day school offering accommodation all year round. Pupils who study at this Benidorm school have the opportunity to study four languages – English, French, Spanish and Valencian. Students can also graduate with a Spanish/American dual baccalaureate which can gain them access to some of the best universities worldwide.

This school is very welcoming to new students and is another one of the international schools in the area. The Norwegian school teaches according to the curriculum in schools in Norway and 85% of school fees are covered by the Norwegian state. With low school fees, this school would be a great option for students moving from Norway to Spain. There are options for students to study here full-time or part-time so it’s perfect for those who want to spend colder months in Spain.

Based in La Nucia, this school has a focus on excellence in English and has spacious air-conditioned classrooms and very well-equipped science labs. Elian’s British school is a part of the IEP (the International Education Partnership) which is an educational group in Spain. Students in this school gain confidence in Spanish and other languages as well as in English. This Costa Blanca  school is popular with many British expats living in La Nucia. From early years right through to sixth form, Elian’s British School is the perfect place for your child to begin or continue their school journey.

This international school is French in origin but students who attend the school perfect their oral, reading and writing skills in English as well as in French and Spanish. From ages 2-18, this dedication to multilingualism means students can obtain qualifications in 3 languages. Liceo Frances is endorsed by French and Spanish ministries of education and is a part of a network of 535 schools in 139 countries. This international school in Costa Blanca has a truly cosmopolitan atmosphere with 70% of students being Spanish while the rest of the school population is from the UK, Russia, the USA, France and Algeria.

This privately owned British school uses a Steiner-Waldorf-inspired educational model. The holistic approach to teaching focuses on the socio-emotional development of its students as well as artistic and academic development and expression. The International School gives children the opportunity to learn in beautiful natural settings as outdoor lessons and activities are a regular occurrence. As well as enjoying learning amidst stunning mountain views, your child will be able to participate in swimming in the on-campus pool, learn basic agriculture skills in the vegetable garden and keep active in the multipurpose sports facility.

Now that you’re armed with information about the best schools in the area, we hope the idea of moving to Costa Blanca South is even more desirable. At Welcome Estates, we understand the importance of finding areas to move to that you and your family will love. We help expats to buy a home in Spain and our thorough knowledge of the local areas in southern Costa Blanca can help you to find a property in a location that best suits your family’s needs.

For more information about our services or to learn more about buying a property in Costa Blanca south, contact our friendly team today online or call us on +44 1273 900966.

WHY WORK WITH WELCOME ESTATES?

Our highly skilled team will be able to guide you through the process of buying and selling in Spain, answering any questions that arise along the way. All our staff have an excellent knowledge of the area and the current market. The team is here to help make your life as comfortable and easy as possible.

In a highly competitive industry, it is vital to keep a step ahead of everyone else. Welcome Estates invests heavily in ensuring the sale of your home. Using a range of marketing mediums including the most successful property portals and direct advertising throughout Europe, we are best positioned to help you sell your property.

With fees starting at just 3% (or €5000 plus IVA) on an exclusive listing with Welcome Estates, no other agent can offer its clients better value for money. 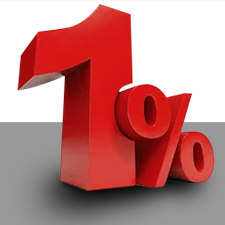 Receive 1% cash back when buying a new build property! Apply today, do not miss out!